A few recent repaints I've been working on. 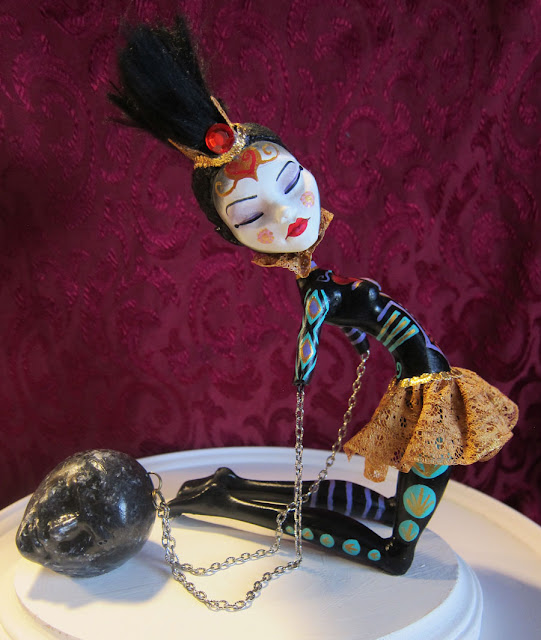 I finished the Ghoulia doll. It's titled "I love You Like A Ball And Chain".
(Inspired by the Eurythmics song.) The "ball" is a Jackson Jekyll head. :D 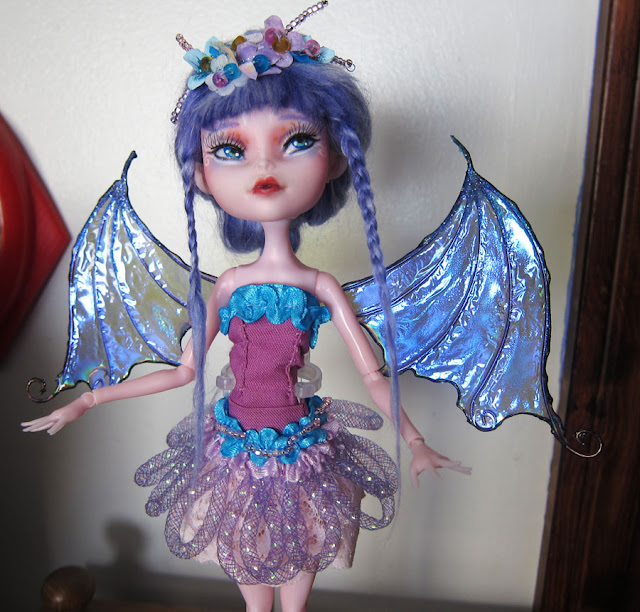 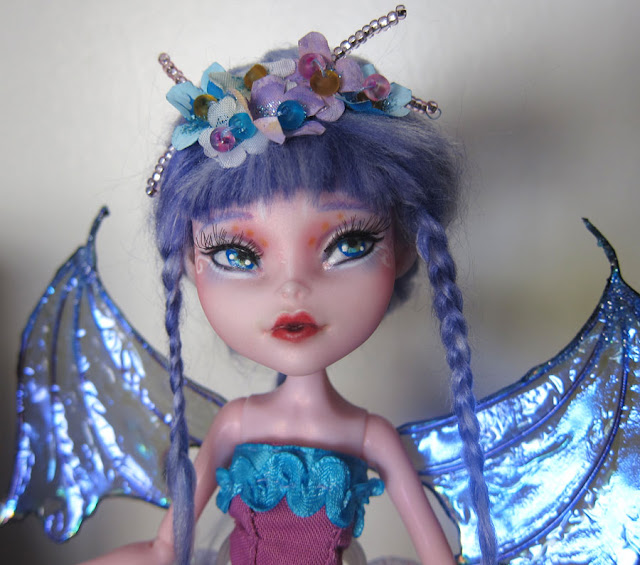 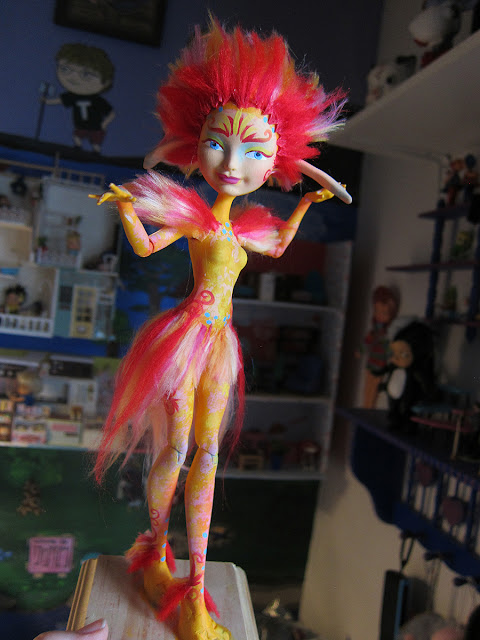 A Labyrinth Firey inspired Ever After High repaint. 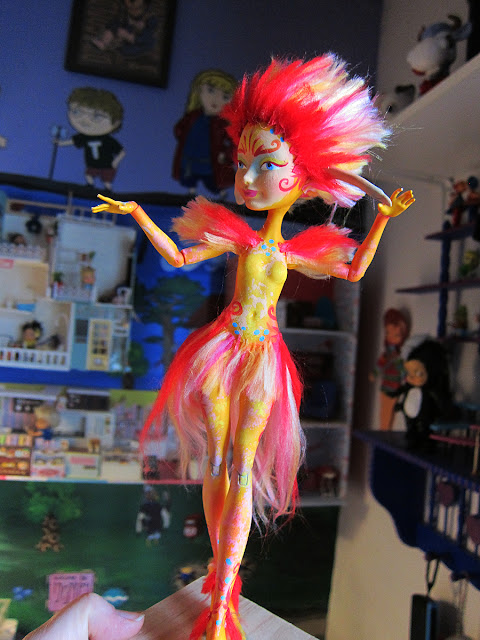 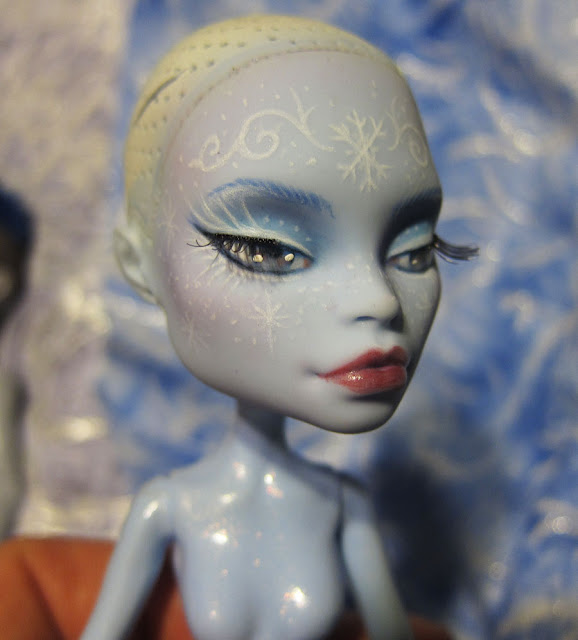 I'm currently working on this Abbey doll. I've since added white iridescent glitter to her eyelashes.
I think I kind of failed at drawing the snowflake on her forehead...
She will eventually have white hair.
Posted by Jane Poliwczynski at 12:43 PM