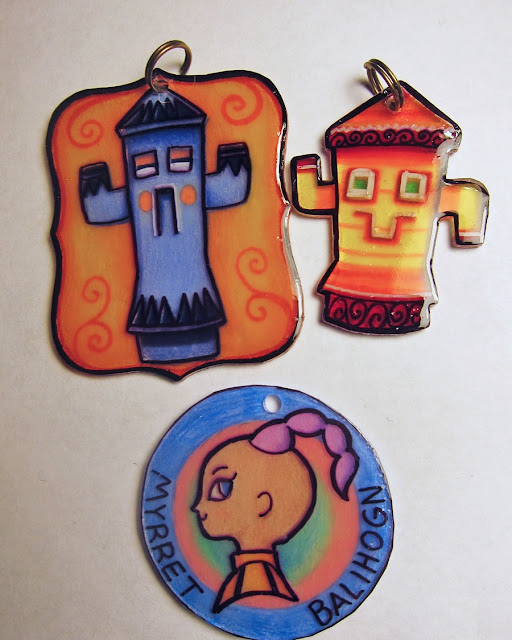 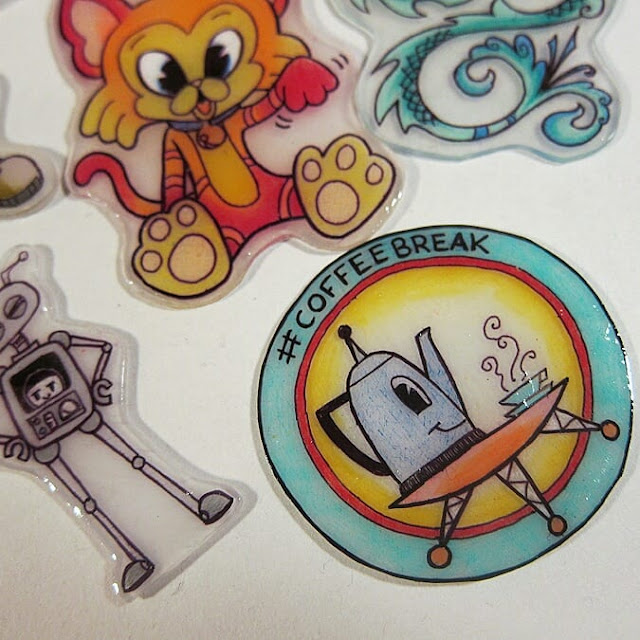 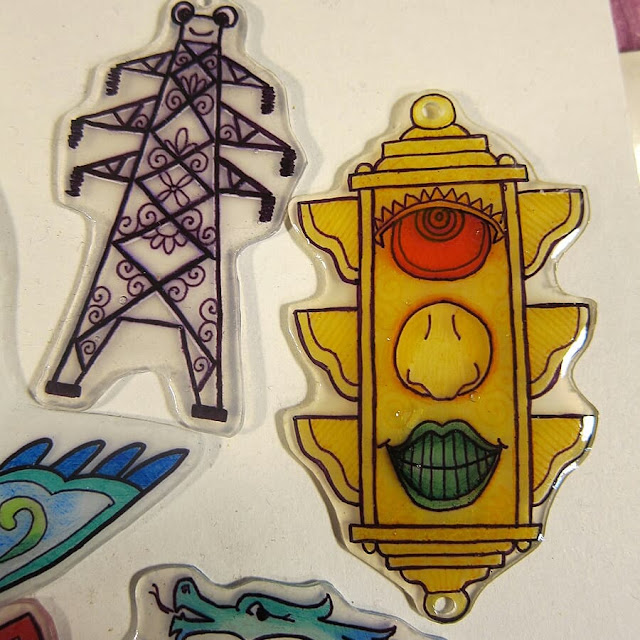 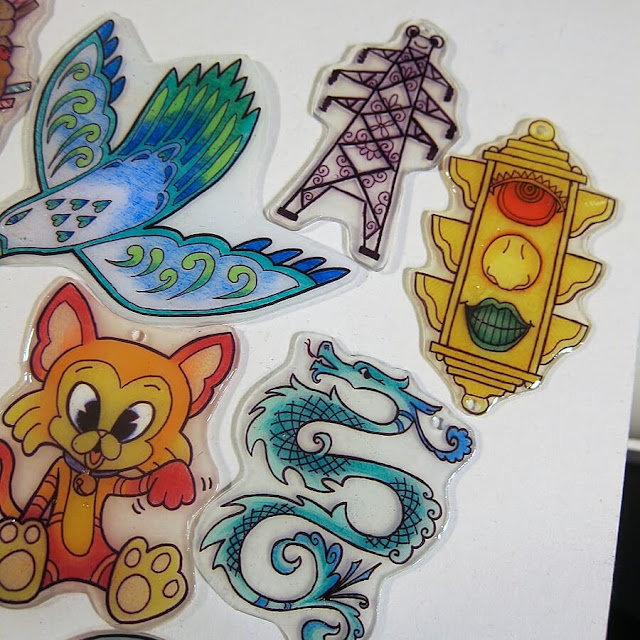 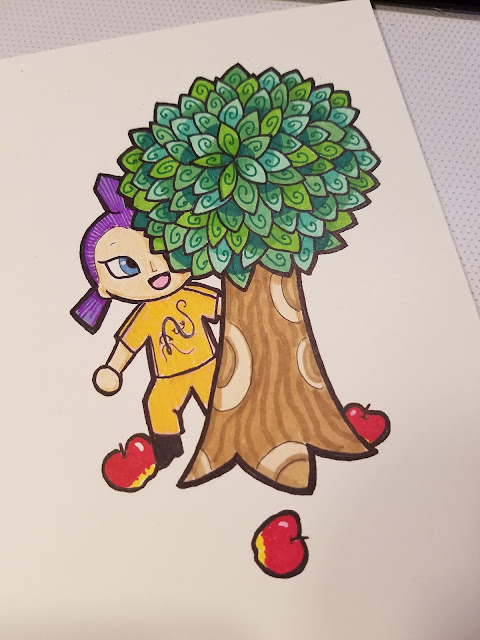 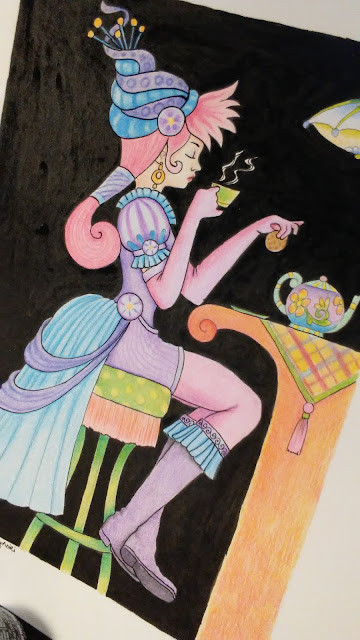 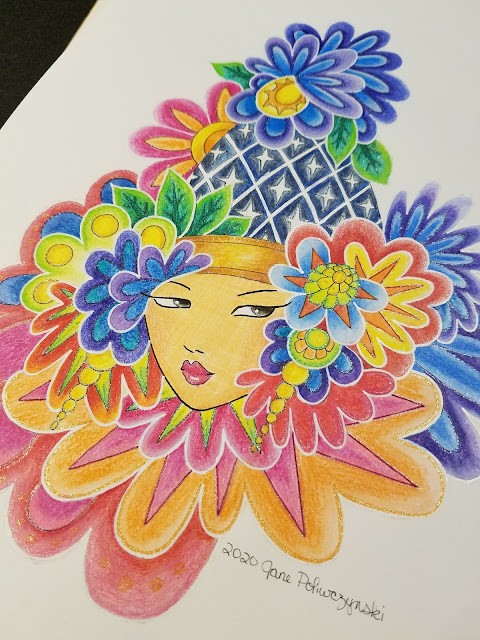 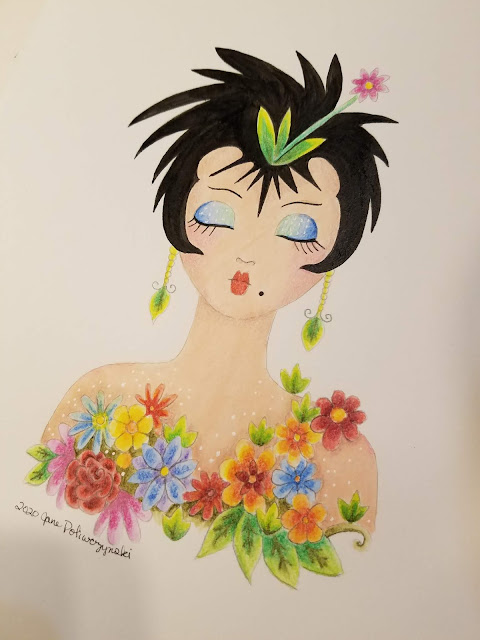 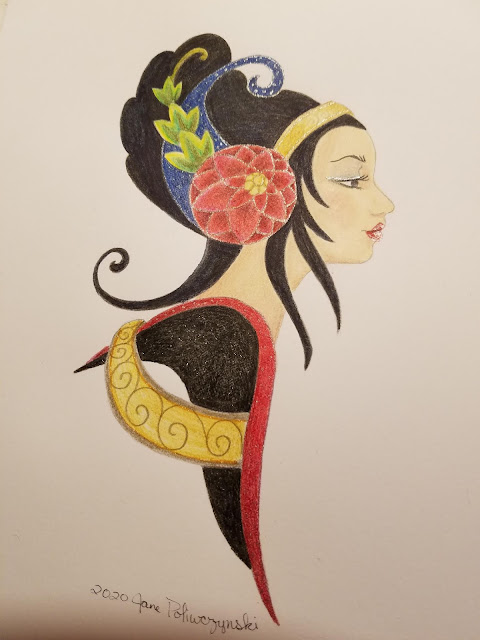 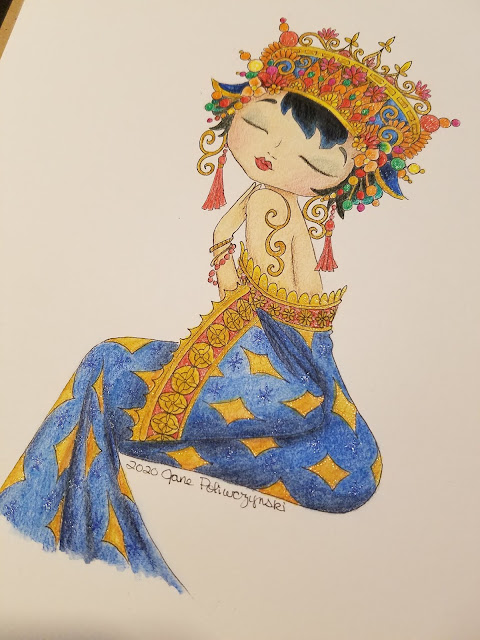 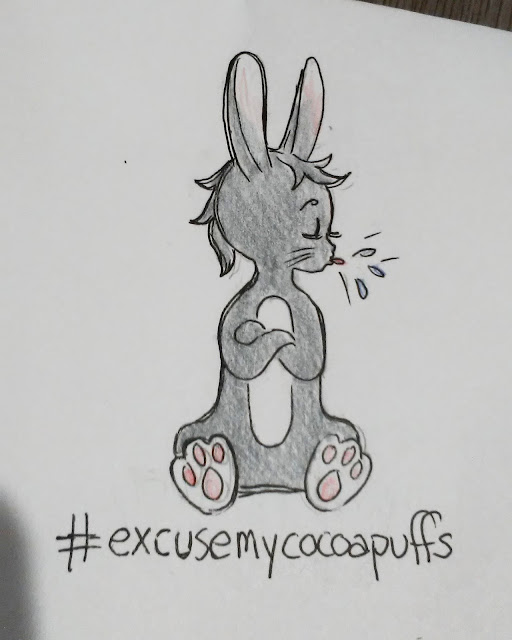 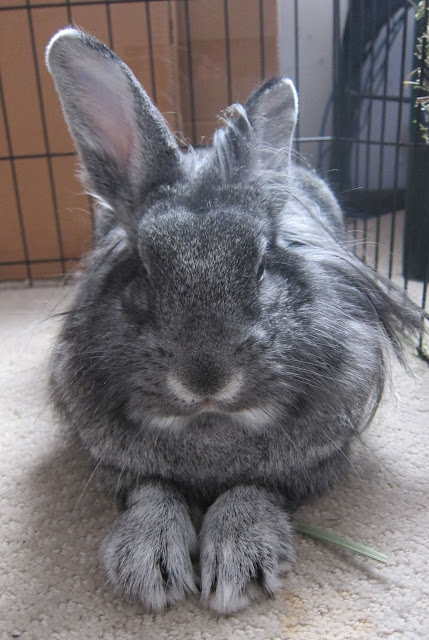 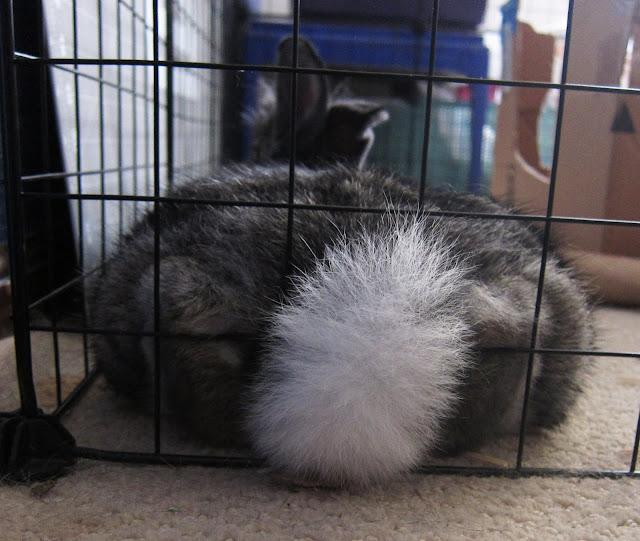 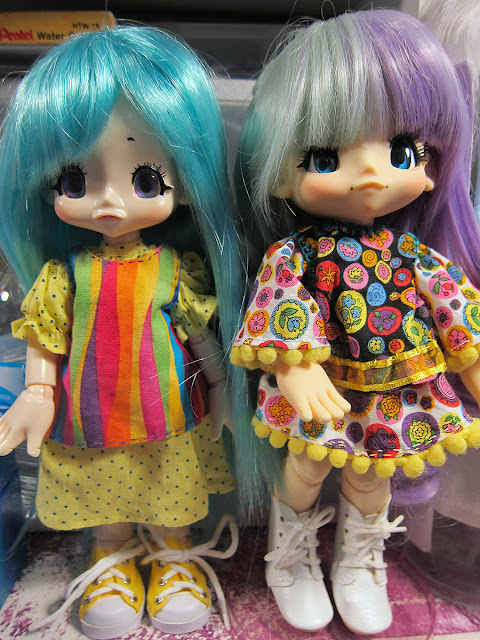 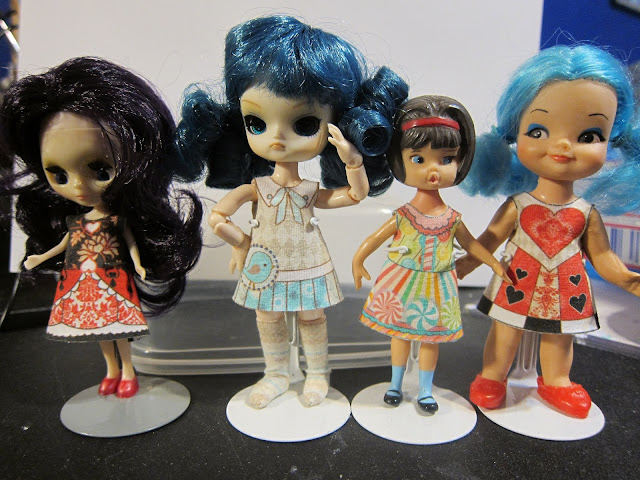 I also recently bought some fabric on Spoonflower. It's a print of ready to sew doll dresses for tiny dolls. They fit all of my four inch dollies.:)
Posted by Jane Poliwczynski at 3:12 AM 2 comments: 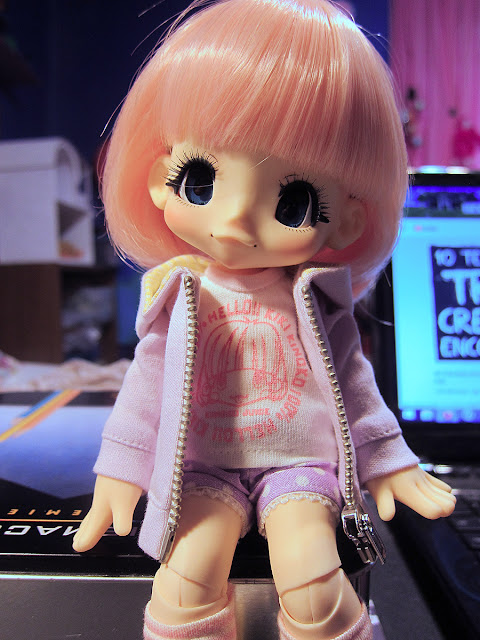 Her original look is cute, but I have several other wigs for her. I already sewed her a couple dresses. 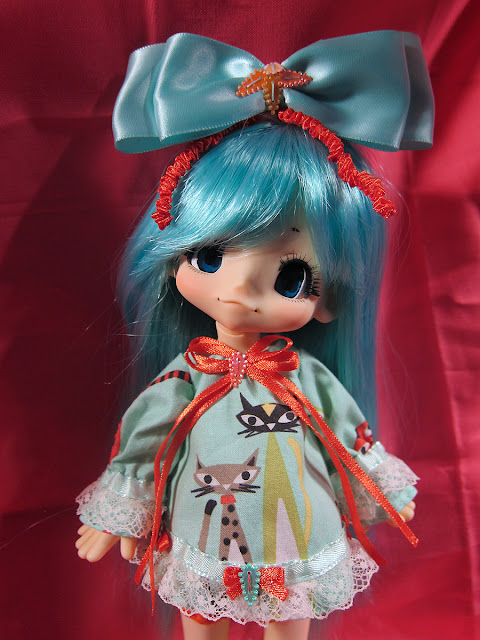 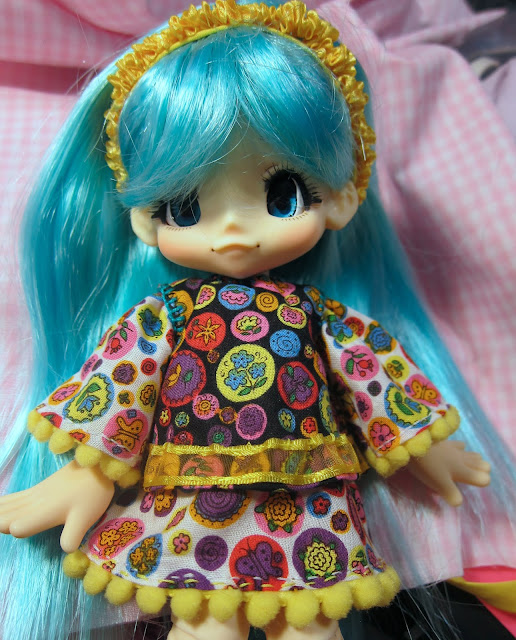 Posted by Jane Poliwczynski at 6:40 AM No comments: 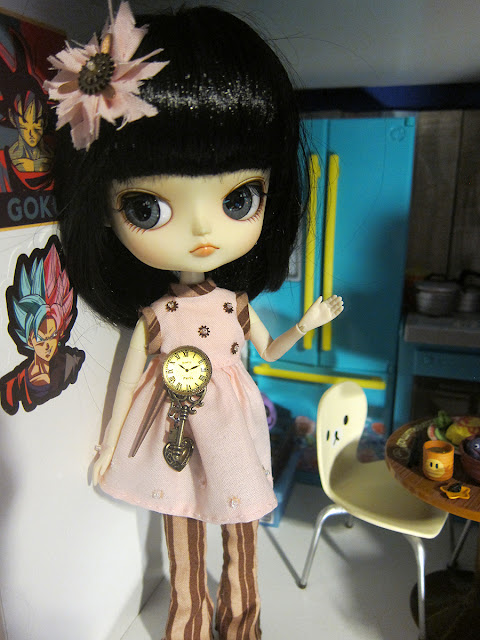 I made a steampunk inspired outfit for my Dal. I still haven't found good shoes for her yet. 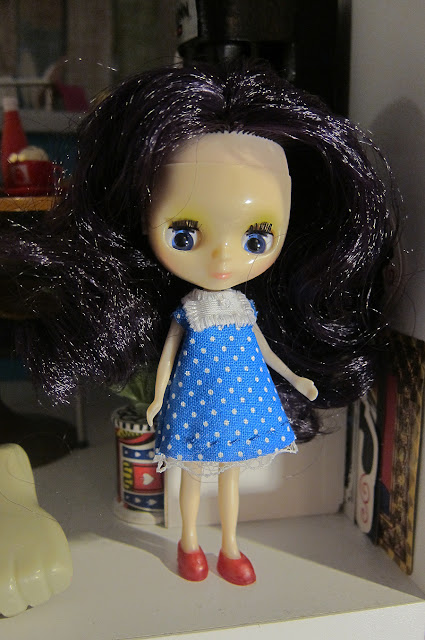 I made a teeny tiny dress for my itty bitty Blythe. 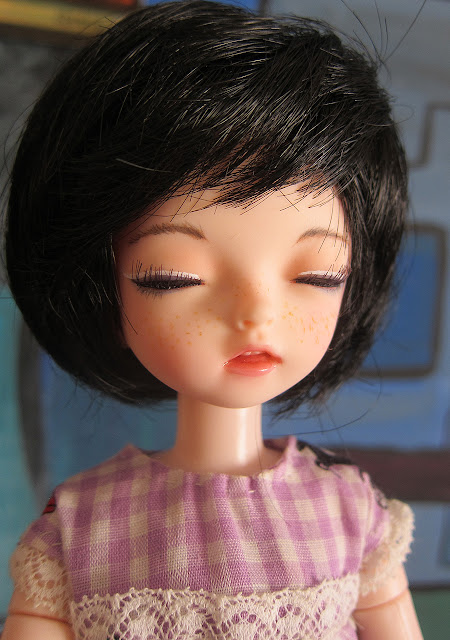 And I finally did a faceup for my sleepy faced bjd.
Posted by Jane Poliwczynski at 12:15 PM No comments: 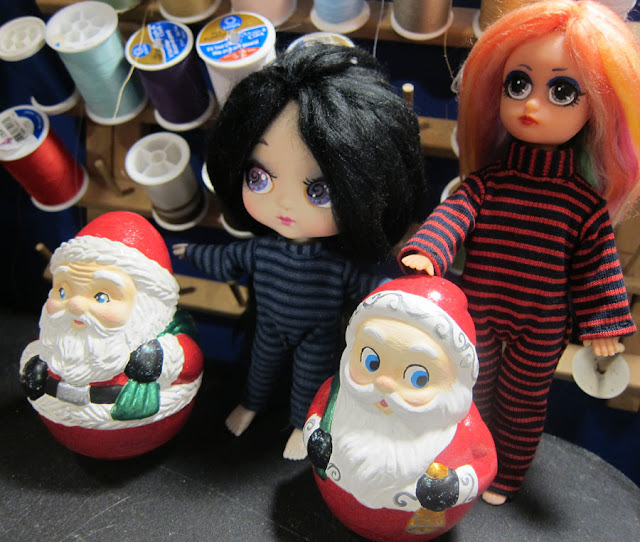 More sewing of striped jammies for a couple more dolls.
I'm always cold in the winter, so I have to dress my dolls warmly too or I cant stand it! :D Dumb, I know! 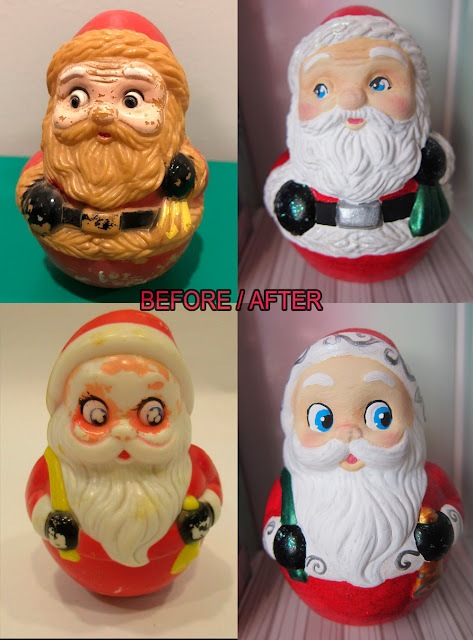 One more photo of my sock monkey Shemp for silliness. :D 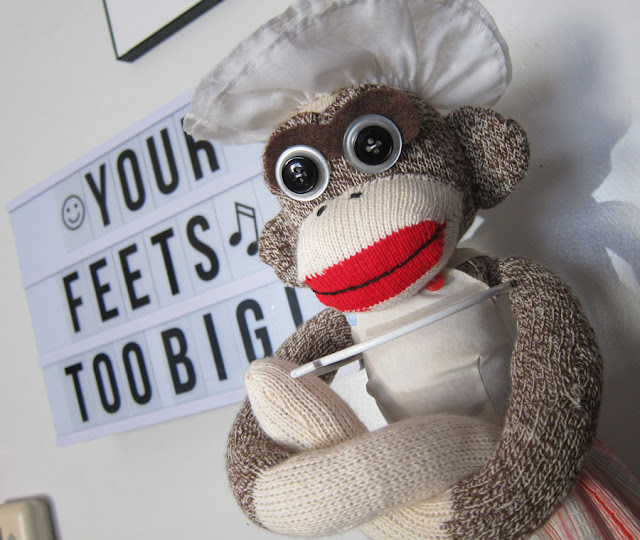